Gone are the days of wonky animation, mascots, and puppets that used to dominate the airwave every morning. The likes of Sesame Street, The Muppet Show and even Captain Planet are now part of a bygone era of TV. Nowadays, children simply have to pick up a tablet and watch an episode of their favourite series on YouTube.

Children’s shows, in general, have come a long way.

Children (and really most adults) are in love with dogs – they’re super likable, adorable, plus they can do a bunch of tricks. These four-legged animals are treated as guardians of our homes and a part of the family.

Choosing dogs as the main characters of PAW Patrol was a great idea on the part of Keith Chapman, the creator of the series. Aptly named Pups At Work Patrol, or PAW Patrol in short, each episode follows a group of cute canines doing all sorts of heroic acts under the tutelage of their human leader, Ryder. Each dog has its own set of skills and tools that they use whenever they’re at work. They live in their dog houses that double as their vehicle. Each pup has a backpack equipped with items that are useful for their skills.

And it’s these skills that have been teaching our kids some super valuable lessons along the way.

But who’s who in the world of Paw Patrol?

The main cast consists of the following characters:

A ten-year-old boy who leads a pack of dogs to rescue missions, Ryder usually witnesses accidents or gets a call from someone in need. He uses a red ATV whenever PAW Patrol is needed. His most frequent caller is Cap’n Turbot.

A German Shepherd spy and police dog, Chase is represented by the colour royal blue. He has a keen sense of sight and smell, making him a particularly skillful member of the crew. He uses a royal blue police car when on missions.

No team would be complete without a paramedic! This is Marshall’s role in the team. He is a clumsy Dalmatian who also serves as firefighter. He uses a fiery red fire truck.

Handyman and recycling expert Rocky is a mixed-breed pup that drives a lime green garbage truck-forklift hybrid. In later seasons, his vehicle can transform into a tugboat.

Can you imagine a team without an adorable bulldog? Neither can the creator. Meet Rubble, the go-to construction guy of PAW Patrol. He drives a yellow bulldozer with a crane attached to it, though in some episodes it turns into an excavator or a jackhammer.

PAW Patrol lives in an area by the bay and the team wouldn’t be complete without a member that knows his stuff about all this aquatic life. Enter Zuma, a lovely Labrador retriever. He drives an orange hovercraft that doubles as a submarine.

Later added in, Cap’n Turbot is the patrol's most frequent caller and occasionally helps out in missions. He knows a ton full of information about animals because he works as a marine biologist. He owns a boat called the Flounder. 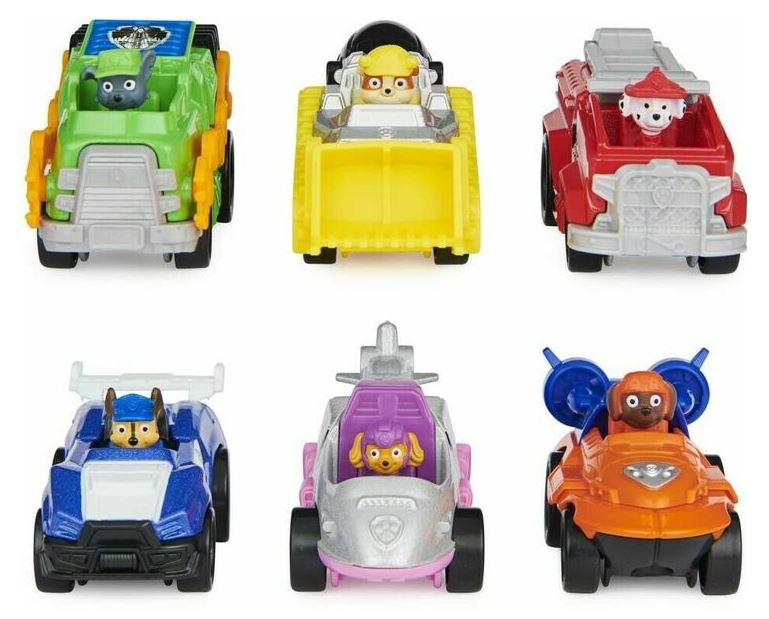 With so many other children’s shows available for viewership, why does PAW Patrol stand out and what makes it so special to children?

The show has been running for almost a decade and is yet to see its demise any time soon. There have been series that would last a couple of seasons, a little more if they’re lucky, but with PAW Patrol, it seems as though it can go on and on. The production team behind the animated series knows what they’re doing, and they’re doing it well.

While children are known to have shorter attention spans compared to adults, they can seemingly sit through 30-minute episodes at a time of PAW Patrol. So what makes it stand out?

The answers are pretty simple: PAW Patrol mixes a tried and tested formula of songs, rhymes, repetitive storylines, and of course dogs.

The fact that a majority of the main cast are dogs makes it extremely easy for children to be drawn to PAW Patrol. They are most familiar with this animal and might even have pets at home, which makes the series all the more relatable.

Each episode is laden with songs and rhymes. You’d come across lines such as “Chase is on the case!” and this makes it easy for young children to memorise words since they sound very similar. Songs also make it easier for kids to remember words; if you recall your days of youth, learning things such as the days of the week or even the alphabet are done in songs and rhymes.

Finally, what makes PAW Patrol so special is its storyline — it always starts and ends the same way. Kids thrive in predictability and when things are not what they are used to, it becomes jarring. This is far different from what adults prefer, which are overarching plots, character development, amongst other things.

Mix these all together and you have the perfect recipe for a children’s show that’s guaranteed to last for years.

What Do Kids Learn from PAW Patrol?

With media readily available at our fingertips how can you ensure that what your child is watching is kid-friendly?

Thankfully PAW Patrol repeatedly shows us 5 life lessons that anyone - including adults - can learn from:

Communication: no relationship will ever be successful without key communication and Ryder perfectly demonstrates this by explaining to the pups what challenges they need to overcome, along with explaining why their different skills are needed to be able to solve the problem.

Inclusion: As team leader, Ryder exemplifies what it means to be an effective one: he makes sure to include not just one but several members of the patrol to be able to help those in need.

Dare to be different: Because each pup brings something different to the table, it’s easy to see that being different has its perks. Ryder gives words of encouragement to his team and cheers them on as they embark on missions.

Teamwork: How do you teach kids teamwork when psychologically speaking, all they really think about is themselves? This is a “big” concept for them to grasp, one that will take years before they fully understand the true meaning of it. However, starting them young is not a bad idea and through PAW Patrol they can see that working together, through effective communication channels, can make a whole lot of difference to be able to reach a solution to a problem.

Have fun: No series would be this long running if it didn’t showcase its characters having fun. Despite going on missions, which can be tedious in real life, the PAW Patrol makes sure to enjoy themselves.

The key takeaway of every episode of PAW Patrol is that in the real world, if differences are respected and through proper communication, each team can achieve something significant not just for themselves but more importantly to the people around them.

Branching Out to Toys

It’s no surprise that because of its popularity, PAW Patrol would come out with merchandise that will appeal to its young audience. Check out some of these releases: 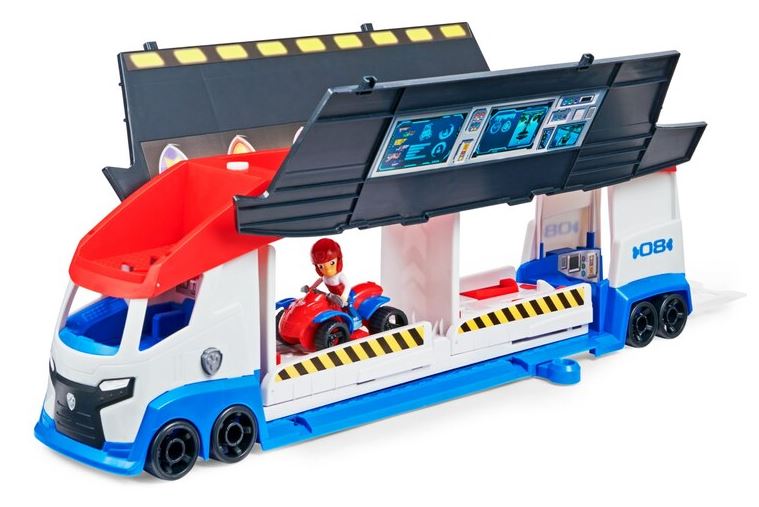 Join Ryder and the team with this ultimate PAW Patroller!

The toy features enough space for a total 6 vehicles including Ryder’s as they head out to a rescue mission! A button on the side turns the patroller into an epic all-in-one transporter.

Learn more about its other features here. 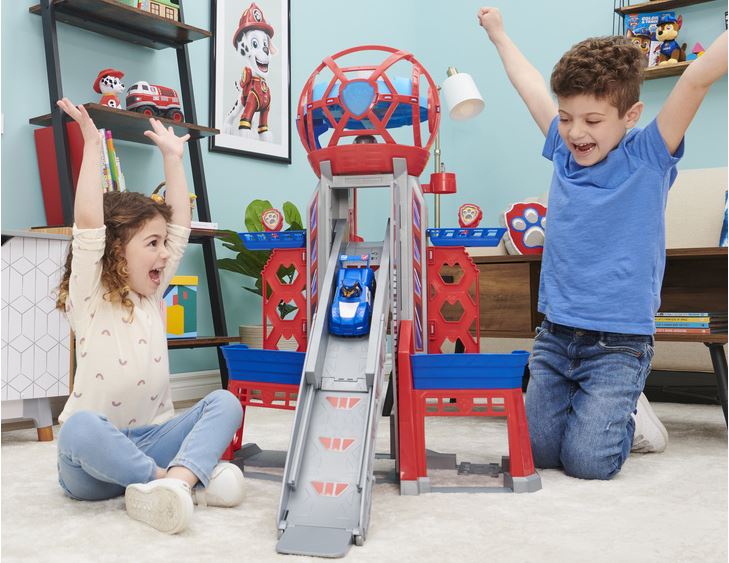 This is one the franchise’s biggest toys yet – and your child will surely have hours of fun playing with the PAW Patrol Movie Ultimate City Tower!

Standing at an awesome 3 feet tall (probably as tall as your little tot), the Ultimate City Tower showcases the entire team and their headquarters. Expect imagination to run wild as the PAW Patrol for yet another mission, this time with the help of your kiddo! All 6 pups of the main team are included in the toy, along with one vehicle. Learn more here. 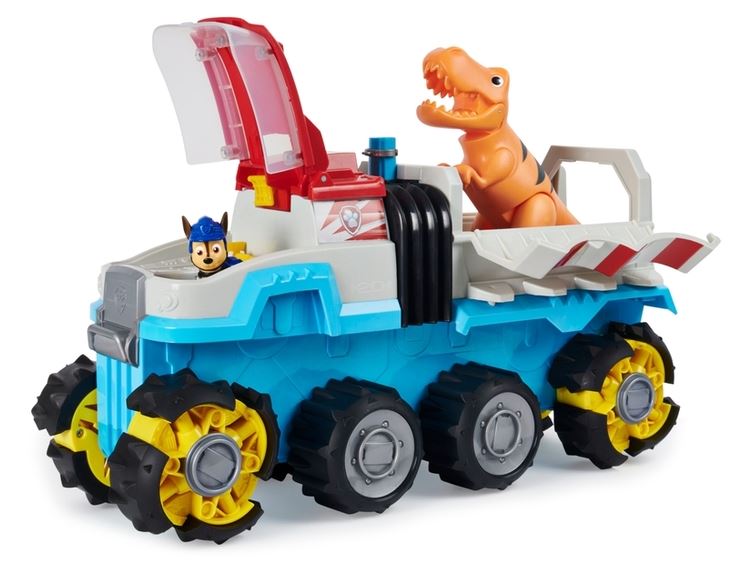 The first motorised toy in the collection, the PAW Patrol Dino Patroller will surely be in your child’s wishlist. Featuring a truck that can fit 6 pups, huge wheels, and a projectile launcher, your kiddo will have hours of playtime pretending to help dinosaurs when they call for help. The toy comes with Chase and Dino, a T-Rex. See how this toy can liven up play time here.

Get Your Paw Patrol Fix at Toy Hunters

If you've got a PAW Patrol fan on your hands, then you're going to need some supplies, and here at Toy Hunters, we've got what you need. Check out our entire collection of Paw Patrol toys available to purchase from anywhere in Australia.

With fast Australia-wide shipping, great prices and a huge range of awesome toys, you can't beat Toy Hunters for toys!